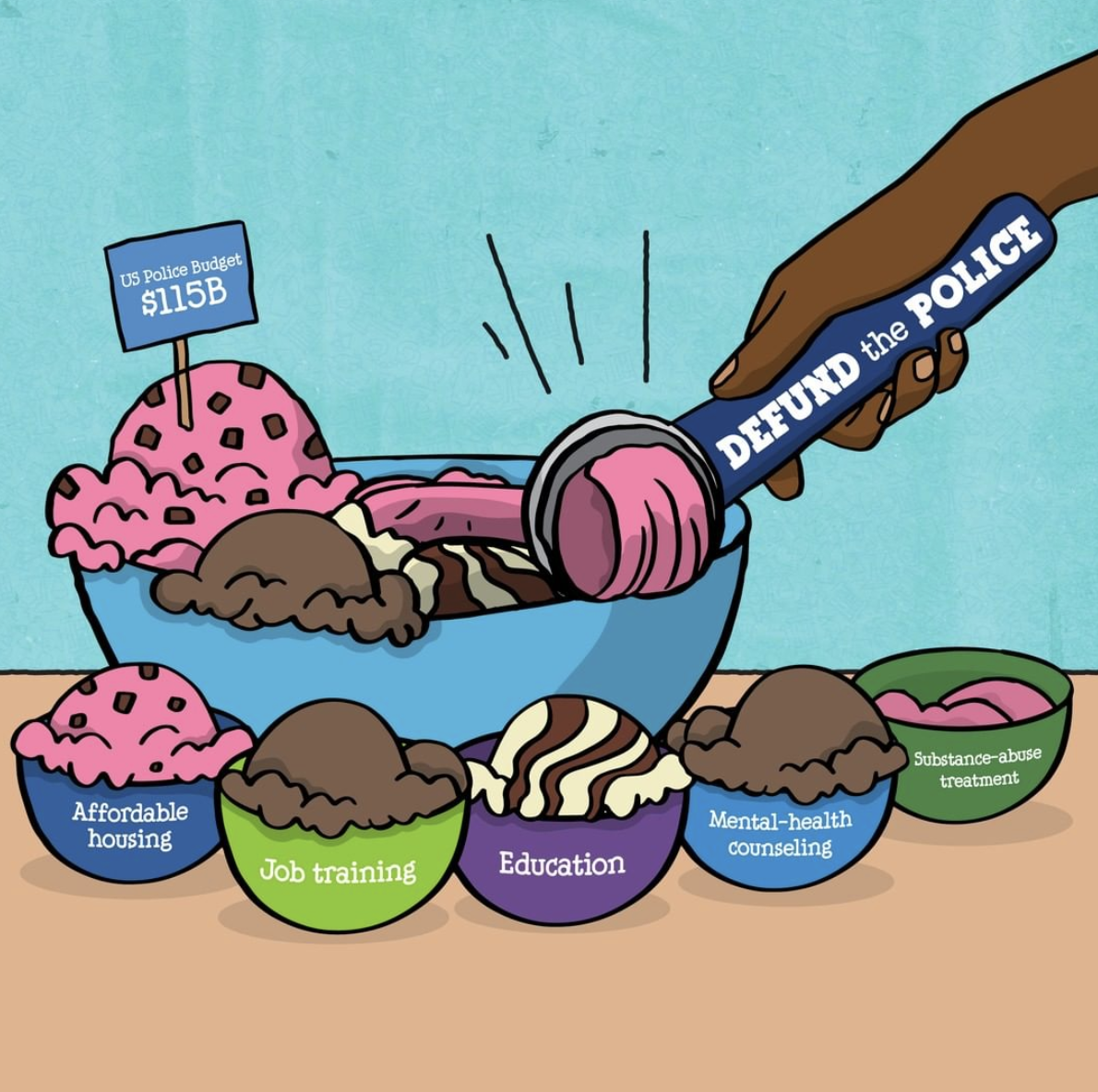 Some common claims surrounding defunding the police are that it will result in various consequences, such as lower quality policing and more violent crime. However, many of these claims are nothing more than misconceptions, which will be further explored in this article, or a “cheat sheet” for defunding the police arguments.

“Data shows that the raw numbers of police have declined over the past five years, and the rate of police officers per 1,000 residents has been dropping for two decades. At the same time, the violent crime rate has also dropped”

“Most police departments have issues, not with the number of officers, it’s with how they are deployed and scheduled,” said Alexander Weiss, a police staffing consultant whose clients have included police departments in Chicago, Albuquerque and New Orleans. “It’s more important what the officers do, versus how many of them there are.”

“In response to Kelly’s suggestions on how to get crime down, authorities added more personnel to a gang unit that is staffed by local and federal officers, and the police department made its weekly crime meetings, said the City Hall spokeswoman, “more in-depth.”Violent crime, as of the end of November, is up 2.4 percent compared to the same period in 2016”

These pieces of evidence, cited from USA Today (2019), display that more cops does not equate to less crime. Even though America’s cop numbers have been steadily declining over the past two decades, the violent crime rates have been going down along with them. This is due to the cycle of incarceration that comes along with having more police officers. When there are more cops, more people are arrested for petty crimes like homelessness or possession of drugs. While I am in no way justifying drug usage, the American justice system often sends anyone caught with drugs to jail for a minimum of 2 years, paired with a hefty fine for someone who may already be socioeconomically challenged. This leads to more single-parent families, more poverty, more homelessness, and more trauma, all of which are large factors in someone committing a violent crime. This causes a cycle of offenses. When you are first caught, your life is taken away from you for years, and your opportunities to get a job are cut significantly. You and your family are probably in a significantly worse state than when you went to jail, due to the fine and loss of a source of income, so what are you forced to resort to? CRIME, often out of desperation and more violent than before. More police, along with the severity of petty crimes, allow for the perpetuation of this cycle, which is why less police would result in lower levels of violent crime.

“Say you're an adolescent male, and while casually strolling through the streets of your neighborhood, you get stopped by a cop. He asks where you've been, what you've been doing, and who you've been hanging out with. He then sternly warns you to stay out of trouble before driving off. You might think such stops would help deter antisocial behavior. In fact, new research suggests quite the opposite. In a study featuring high school-age black, Latino, and mixed-race males in a major American city, researchers found that those who had experienced such a face-to-face encounter with the police subsequently engaged in more acts of juvenile delinquency, such as theft and vandalism, than those who had not. This pattern—based on the kids' self-reports—was true even for boys who had rarely participated in delinquent behavior before the stop. The study, in the Proceedings of the National Academy of Sciences, suggests that this behavior may be a result of the mental and emotional distress such encounters can create”

Adolescents who were stopped randomly by police officers, especially minority adolescents, were more likely to commit delinquent acts in the future. The distress and fear that a random stop by the police directly contributed to these youth committing delinquent petty crimes. As explained by the Cycle of Incarceration in our first point, petty crime of any sort can often have disastrous consequences on someone’s future prospects. The simple fact is that with a smaller group of cops targeted specifically at violent crime would cause a drastic decrease in encounters like this, which would bring a drop in petty crimes, which would bring a drop in violent crime. Often, when trying to fix an underlying problem, such as violent crime, you have to first try and get to the root of the issue. While cops are in no way the only factor that causes petty crime, defunding the police and instead investing in things like education and affordable housing instead could be a big step in the right direction.

Another common misconception is that defunding the police will reallocate funds from training to other places, which means more shootings will occur, however:

“From the budget, it can be difficult to suss out details in some areas, for instance, how much the department spends on training new and current police officers. The budget for training and communications expenses are lumped into one category that amounted to $6 million, or just over 2% of the department’s overall budget, in fiscal year 2020. The police academy cost another $1.4 million”

The Long Beach Police Department, a police department in one of the most populous cities in America, is being used here as our test case. They employ over 1200 people, and a large amount of their funding last year (approximately 85%), was allocated towards cop salaries and bonuses. In correlation with this, training costs are inconsequential and there is no reason that funding should be raised specifically to allocate for more training.

Police training should, instead, be focused in a different direction. Training often revolves around something called “Warrior Training”, a dangerous form of training that prepares police officers to murder people without hesitation.

His overly aggressive style prepares law enforcement officers for a job under siege, where they're front-line troops who are "at war" with the streets. Officers need to be prepared to battle the communities they're told to protect, Grossman has said. And ideally, in Grossman's eyes, officers need to learn to kill less hesitantly.”

Warrior training like that taught by Dave Grossman teaches police officers to treat civilians as the enemy. When officers begin to treat the people they are meant to protect with suspicion and fear, coupled with the fact that this training teaches officers to kill without hesitation, you can see why so much police brutality occurs. In fact, the fatal shooting of unarmed black man Philando Castille was done by an officer who had taken a course from Grossman a year ago. The dangers posed by training that teaches officers to not respect civilians are harrowing, and instead of allocating more funding for police training, we should instead assure that the funding that is allocated to police goes to training that will make everyone safer.