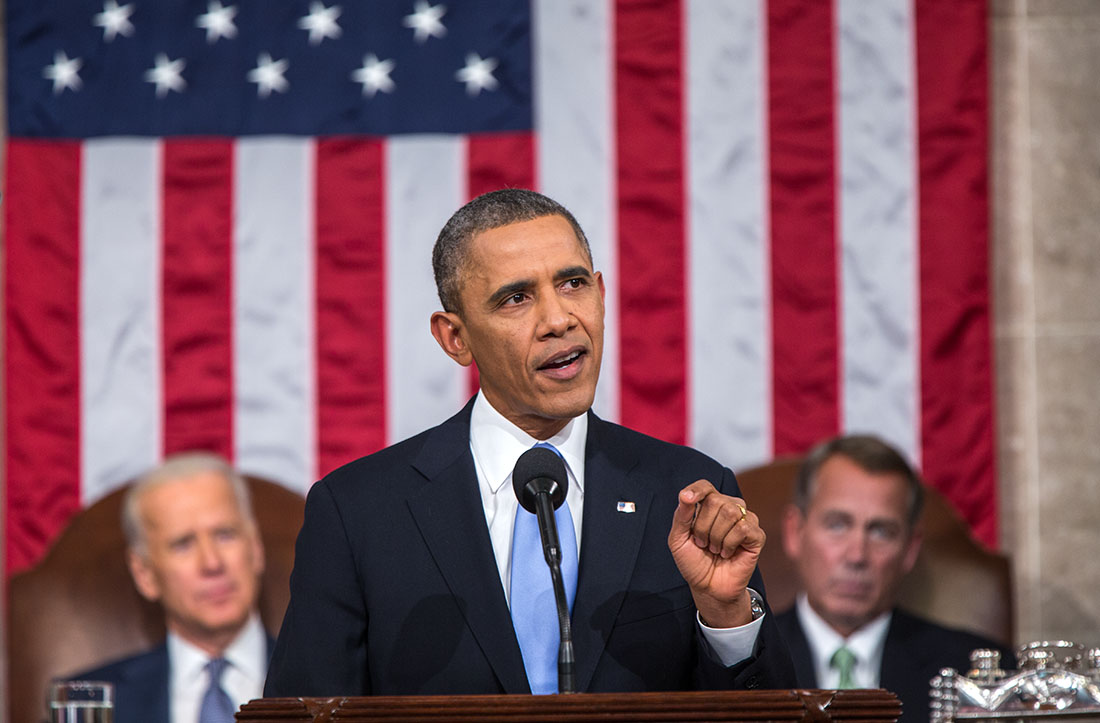 It’s no wonder that the Democratic Party’s mascot is a donkey, because the current state of the party is giving many traditional, centrist, and conservative Democrats, including myself, a real pain in the ass, which only shows signs of worsening.

After a tumultuous presidential election and an attempted insurrection at the United States Capitol by pro-Trump mobs and right-wing militia groups, the Democratic Party has once again found itself at a crossroads, perhaps the most important and consequential crossroads it’s ever found itself in since the aftermath of Congress’s passage of the Civil Rights Act of 1964, which caused the party to splinter into several ideological factions, or the 1932 presidential election, when, in the midst of unprecedented economic devastation, Franklin D. Roosevelt’s New Deal economic proposal garnered mass appeal among working-class and Black voters in the South, Midwest, and Rust Belt, helping establish voting blocs crucial to the party’s modern base. But, the decisions our party leaders make at this very moment in time and the attitudes they choose to embrace about what the future of the Democratic Party looks like could have lasting, irreversible impacts that could either work to the party’s advantage in subsequent presidential elections or lead to its slow yet chaotic demise.

As President Joe Biden constantly reminds us and as former President Donald Trump failed to recognize, unity is more important now than ever. I won’t be the first to observe, and I certainly won’t be the last, that the political divide in our society today is simply unprecedented. Politics have not only become more polarized, but they’ve become more personal. The level of politically-motivated violence and agitation has undoubtedly increased since 2016. Political speech has become more aggravated and accusatory and less substantive. Simple ideological disagreements have ruined relationships and have planted biases in peoples’ heads about others. When a Republican Congressman acted with decency and integrity by voting to impeach Trump after he incited the Jan. 6 insurrection, he got shunned by his entire family. All of these changes in the relationship between politics and society are truly stomach-churning, and that’s not hard to deny.

Most of the political divide people see and hear about in their daily lives, whether it be from newspapers, cable news channels, or by word of mouth, concerns pro-Trump and right-wing violence and the rise of right-wing militia groups such as the Proud Boys and conspiracy movements such as QAnon. Case in point: the insurrectionists at the Capitol. As an avid viewer of CNN, I often find that the anchors, pundits, and guest contributors devote a majority of their airtime to covering this influx of right-wing violence and conspiracy theories and commentating on it in the context of the growing battle for the soul of the Republican Party, and whether Republican voters will choose to embrace their traditional, center-right political platform and the establishment politicians who espouse its principles or choose to embrace Trump and his far-right, nationalistic ideology, which strays from the values that the party used to stand for. There is no denying that what’s happening to the Republican Party is extremely pertinent to the landscape of modern politics, and Trump’s impact on the future of the party is definitely worth analyzing extensively. I’m not suggesting that airtime was wasted. But what’s (unfortunately) getting snubbed by the mainstream media is the divide within the Democratic Party, which is arguably just as important.

Just as the Republican Party is breaking into ideological factions that are at odds with one another, so are the Democrats. And, if the past is any indicator of the future, then Democrats should’ve seen the internal divide among the Republicans as the perfect opportunity to unify and pass consequential legislation in response to the many dire crises that plague our nation, given their (albeit slim) control of the presidency, Senate, and House of Representatives. But unfortunately, this is not what’s happening. The Democratic Party has always been a center-left political party, a party made up of liberals who are socially responsible but have a deep respect for capitalism and free-market enterprise, and politicians such as Sens. Joe Manchin (D-WV) and Kyrsten Sinema (D-AZ) are the current embodiment of this philosophy. However, since the 2018 midterm elections, the party has had to grapple with the formation of a new progressive faction — specifically a group of freshmen representatives colloquially referred to as “The Squad.” Most notably, this includes Reps. Alexandria Ocasio-Cortez (D-NY), Ilhan Omar (D-MN), and Rashida Tlaib (D-MI). The group is constantly expanding and gaining in popularity (and notoriety) across the country.

With their hyperactive, reactionary, and often spontaneous fanbase, made up of mostly progresssive and woke youths from urban areas who heavily rely on internet trends and social media to communicate their message and expand their base, these representatives have vowed to their constituents to disavow the policies of establishment, centrist Democrats (policies that have defined the party for several decades) and to completely transform the party’s platform in order to align with their far-left, socialist beliefs.

Here’s the problem: none of it’s realistic. Given the many crises this country faces, such as staggering COVID-19 fatality rates and gross instances of police brutality and racial discrimination, these representatives have failed to realize that now is not the time for a political revolution or reshaping of the United States, and that their long-term vision for the future of this country is simply ahead of its time when there are so many other problems to tackle. Members of this far-left faction are collectively creating unnecessary and detrimental political polarization, which has distracted from the issues that are most urgent for lawmakers to solve, and their unwillingness to compromise with centrist and conservative Democrats as well as Republicans has stalled important and impactful legislation from passage by Congress and enactment into law. The far-left wing of the Democratic Party has begun to embrace a my way or the highway attitude, and since compromise is needed now more than ever to get bills passed, this attitude is extremely harmful.

Senators like Manchin and Sinema, who are considered to be the two most conservative Democrats serving in the United States Senate, have refused to accept the extreme policy proposals and radical visions that the far-left wing believes in. However, other establishment Democrats have shown openness to these ideas, and this brings up another problem: their ideas are not popular among the American people. For example, the far-left faction of the party is adamant on demolishing the United States’ capitalist economic structure, which they deem racist, and replacing it with socialism. However, according to a NPR/PBS NewsHour/Marist poll, which was conducted during the 2020 election as popular Democratic socialist politician Sen. Bernie Sanders (I-VT) rose in the national polls, 57% of Americans support capitalism. While 50% of Democrats prefer socialism to the 46% who support capitalism, 76% of Republicans and 59% of independents support capitalism, and Democrats surely need to win over independent voters in order to win elections.

The point I’m trying to make is this: the far-left faction of the Democratic Party is hurting the party’s chances of winning future elections. Their policies are not popular, and if the party nominates progressive and polarizing politicians, Republicans will surely have a better chance of winning because perception is always more important than what’s actually true. Out of chaos comes a desire for order, and if Democratic politicians and their policies are perceived to be extreme, then voters, especially independents, will naturally gravitate toward the Republican Party as long as their politicians can guarantee social order and rational decision-making — not reactionary thinking. Case in point: the violence and chaos during the Democratic National Convention in 1968 was one of the main factors that contributed to Republican Richard Nixon’s victory in the presidential election.

Many policies the far-left faction of the Democratic Party espouses, such as the enactment of a Green New Deal, abolishment of the Electoral College, a transition to socialism and an opennness to increased job automation, as well as a boycott of Israel and the advocation for the formation of a Palestinian state, are alienating voters where it matters most: in swing states such as Florida, Iowa, Ohio, and Nevada. Those four states, as well as a handful of others, really do determine the outcome of a presidential election (whether the Electoral College is fair or not is a different argument for a different day), so in order for a party to win, they need to promote policies that appeal to voters in those areas. But, those states are not progressive. During the 2020 Democratic presidential primaries, moderate candidate Biden won Florida, Ohio, Wisconsin, Michigan, and Pennsylvania, all of which are considered toss-up states, and Pete Buttigieg, another moderate candidate, won Iowa. During the presidential election, Biden and his centrist policies helped him win states in not only the Midwest and Rust Belt but also potentially expand the map for future Democrats by winning Arizona and Georgia, two states with a very conservative track record — if a progressive candidate had been on the Democratic ticket, winning those states would’ve been only a fantasy.

If Democrats want to keep winning presidential elections, their politicians must take a stand against the socialists, stay true to the center-left principles of their platform, and advocate for those ideas in key battleground areas where they can garner support. They also need to be careful about which politicians they nominate — preferably, centrist or conservative Democrats from the Deep South. There is a track record of southern, centrist Democrats having electoral success; Jimmy Carter, former governor of Georgia, won the 1976 presidential election with what we would consider today to be an eclectic group of states that vote steadily red and blue, and if he ran again today he’d probably win more states considering the demographic changes between now and then. Bill Clinton, former governor of Arkansas, dominated the electoral map in 1992 by winning traditionally blue states in the West, Midwest, Rust Belt, and Northeast, but also states in the Deep South and Middle America that typically vote red (miraculously, he held onto most of those states in 1996).

The inner turmoil in the Republican Party has given the Democratic Party the perfect opportunity to unify, pass sensible legislation, and make their case to voters where it matters most. But, if they continue to lean into the radical ideas of the party’s polarizing progressive wing, nominate politicians to the presidential ticket who support these ideas, and refuse to unite behind the principles that centrist and conservative Democrats stand for, then they will begin to lose voters and presidential elections in a way this country has never seen before, and the Republican Party will become a political force to be reckoned with. There’s only one thing left to ask: which way will the wind blow?

Jack Samet is a high school sophomore and conservative Democrat living in Los Angeles, California who focuses on examining domestic and social policy. In his spare time, he enjoys writing, watching movies, debating contentious societal issues, and listening to classic rock and folk.