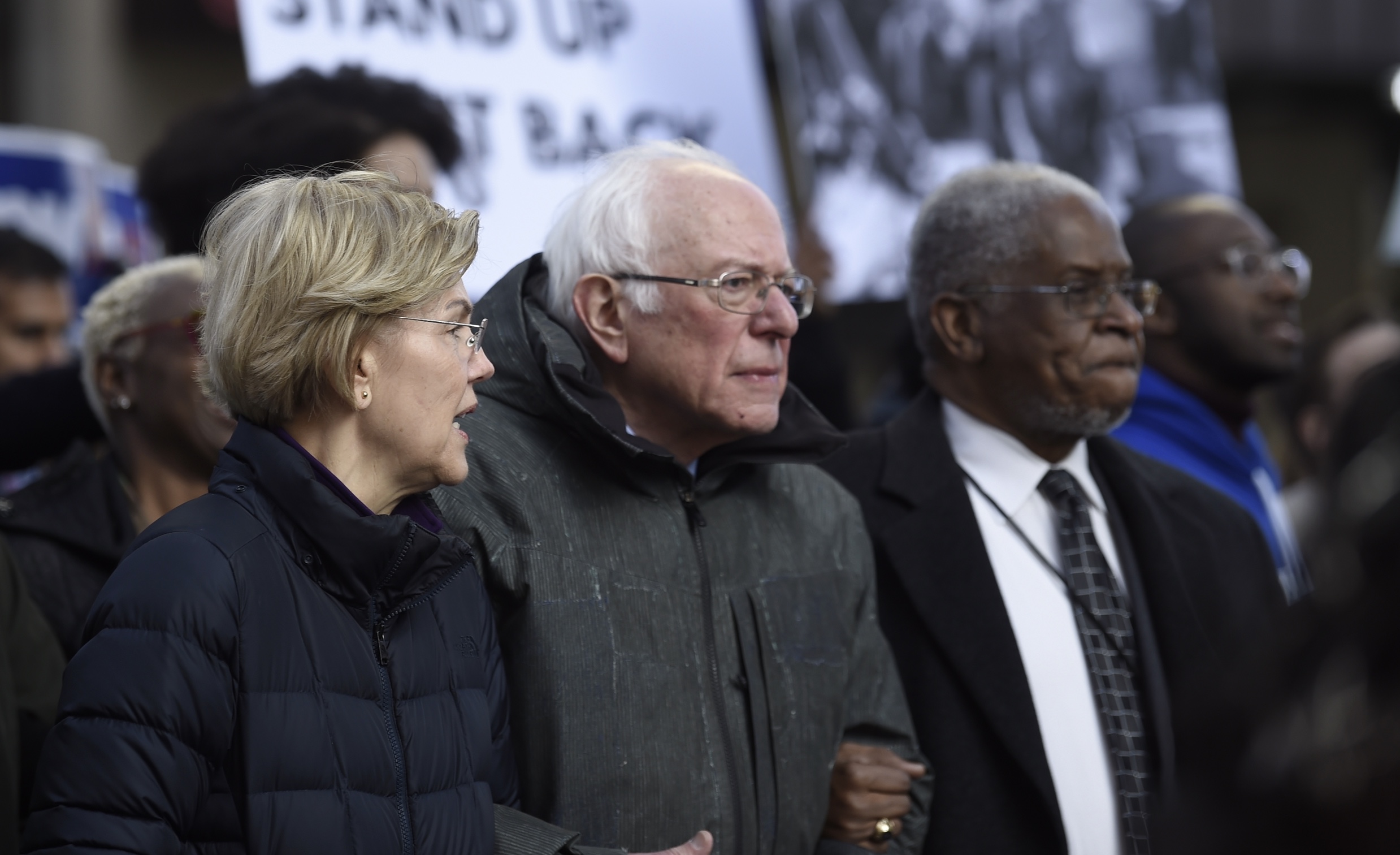 How the Democratic Party Cripples its Progressive Wing

It is unusual to see a politician crossing party lines to give a speech supporting members of the opposing party. However, last week at the Democratic National Convention (DNC), that is exactly what happened. Lifelong republican figures, like former Ohio Governor, John Kasich, former New Jersey governor, Christine Todd Whitman, and former Secretary of State, Colin Powell, all delivered keynote speeches, strongly endorsing the Democratic Party’s presidential nominee, Joe Biden. Instead of the traditional single keynote speech, the Democrats divided the honor among seventeen different speakers, several of whom were not even Democrats. There was a great imbalance here. Several republicans got far more airtime than did some key voices within the party. This undue attention paid to republicans, in my view,  meant that enough attention was not paid to the party issues itself, and in turn, caused the party to fail to unite its entire membership.

Many of the party’s leftist politicians, including the supporters of the Vermont senator, Bernie Sanders, were left out of the speaker lineup. On social media, progressive voters expressed that they felt overlooked by the DNC. The one exception was the New York Congresswoman, Alexandria Ocasio-Cortez, who did make an appearance. However,  despite her great appeal and strong following, she was only given one minute to speak. This came as a disappointment to her many supporters. They had hoped to see Ocasio-Cortez, who has energized and brought into the fold a great number of young new democrats, receive a greater share of television time. Had Bernie Sanders not called on her to give his nomination, she may not have spoken at all. Allowing a progressive democrat with a bright future in the party more time to speak would have gained the support of a much larger audience. Instead, the convention organizers chose to place a greater emphasis on the republicans who spoke against President Trump. John Kasich, for instance, has spoken out against Donald Trump for years and has been criticized repeatedly by Trump's base who don’t consider him to be a “real Republican”. Most Trump supporters already don’t trust Kasich and see his speech as a betrayal of his party. A speech at the DNC from a republican like him is unlikely to sway any real voters. Thus, the DNC’s giving conservatives more speaking time than their progressive voices is just another sign of how they’ve been taking the left-wing for granted. Now, with almost 70 days until the November election, the party remains primarily divided into two factions, one unwilling to support their party’s nominee.

Biden looks more intent on winning over moderates and anti-Trump republicans rather than the left-wing of the party that he defeated earlier in the primary. Embracing the moderate and conservative and independent constituents seems to have now become a trend. However, history shows that this is the wrong choice to make. In the past, candidates that have abandoned parts of their base to appeal to moderate voters haven’t won elections. In 1988, minister and prominent civil rights activist, Jesse Jackson, ran for the Democratic nomination against Michael Dukakis. Although the DNC had already backed Dukakis and Jackson lost the nomination, Jackson truly posed a challenge to the party nominee. Many aspects of Jesse Jackson's campaign mirror both of Bernie Sanders’s presidential campaigns. Jackson was seen as an outsider who wanted to shake up the elite class and transform the party with a grassroots movement that would serve all people. He lost the primary with 29% of the votes. In the general election, Dukakis abandoned the party’s progressive base by distancing himself from Jackson to appear as a more moderate candidate. Despite trying to take moderate positions he failed to sway real moderate republicans and Bush destroyed his fake centrist image. Dukakis had already lost the party’s progressive base as well and Bush won in a landslide. Similarly, in the 2004 presidential primary, former Governor of Vermont, Howard Dean, was running against John Kerry. The DNC backed John Kerry instead of Dean. The mainstream media and the DNC tried to portray Howard Dean as a marginal oddball and John Kerry as electable. They derailed his campaign using soundbites of him screaming at rallies and dubbed it the “Dean Scream”. However, Howard Dean was the only candidate who truly believed in Universal Healthcare and a single-payer healthcare system. The media and the DNC were strongly biased against Dean’s progressive values. John Kerry warned his audiences that Dean was too radical and, therefore, would fail at appealing to a broad segment of the party. Yet, Kerry, himself,  lost the general election even though he did his best to be the moderate democrat. That year, George W. Bush carried 31 states.

These are a few of the most recent examples of how the Democratic Party has consistently neglected its more progressive voices, and failed at winning the election, too. This Friday, Nancy Pelosi endorsed Joe Kennedy III in his contested primary against Senator Edward Markey. Ed Markey is a progressive Democrat who has held his position in the U.S Senate since 2013. Before then Markey served as a member of the U.S Congress for over forty years. Being the original senate author of the Green New Deal, Markey has a strong focus on global warming and climate change. He’s also an original co-sponsor of the Medicare for All Act of 2017 by Senator Bernie Sanders and an ally of the working-class community. Pelosi’s decision was met with a strong backlash from progressive congressional members who saw the hypocrisy in Pelosi’s decision. Just last year, the Democratic Congressional Campaign Committee enforced a blacklisting policy to protect Incumbent House Democrats running against other democratic candidates in “safe” districts. The new policy would cut ties with polling organizations that support Democratic candidates challenging current house democrats. Pelosi, disregarding the decisions that she has been an architect in favor of a  legacy candidate like Joe Kennedy shows that there are no rules that the party adheres to, only favorite individuals whom they are committed to. Although she never explained the reasoning behind her unusual endorsement, her aides have dropped certain hints. Pelosi named Kennedy Vice Chairman of the party’s election committee in 2018 before the midterm election. In that position, Kennedy raised over five million dollars from wealthy Democratic donors, thanks to his famous last name. The endorsement must have been motivated by the money Kennedy raised for democratic candidates in his effort to help win back the house. Although Joe Kennedy is a well-connected insider, most of the grassroots energy is coming from the progressive wing of Ed Markey’s campaign.

Jackson, Dean, and now Markey. Progressives seem to always slip the attention of their party leadership. This error has cost them two presidential elections. This time, too, they will lose in November, if they cannot unite the party and get the progressives to rally behind Joe Biden.