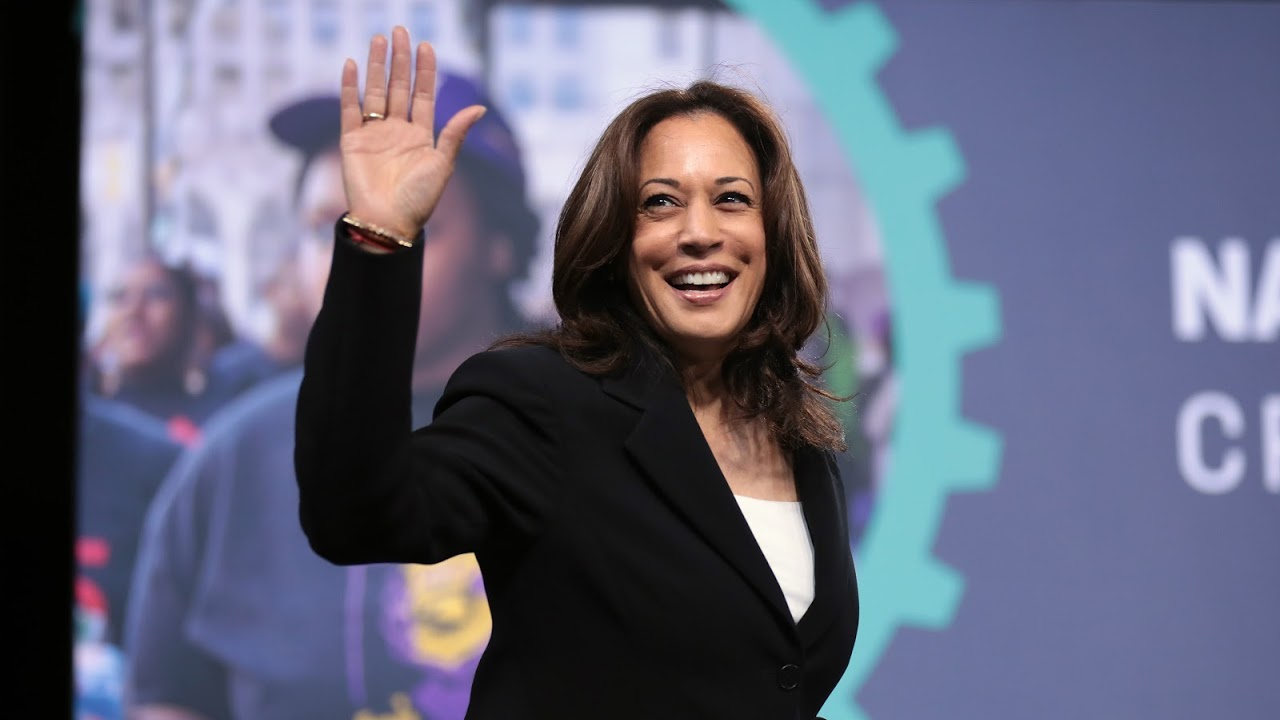 From the Left -- Prosecutorial Record

Prior to being elected to the Senate, Harris served as the San Francisco District Attorney, and later, as the Attorney General for the state of California. When she was in contention to be the Democratic Nominee for President in 2020, her prosecutorial record was perceived as perhaps her most significant weakness. It was the subject of much questioning in the debates, and many felt that Harris didn’t do a good job of countering her opponent’s arguments. One famous moment came when Tulsi Gabbard, U.S. Representative from Hawaii, was given an opportunity to speak on Harris’s career as a prosecutor. This moment can be considered the embodiment of the Left’s condemnation of Harris as a prosecutor, which is why each aspect of it should be critically examined.

The diatribe went as follows:

"But I'm deeply concerned about this record. There are too many examples to cite but she put over 1,500 people in jail for marijuana violations and then laughed about it when she was asked if she ever smoked marijuana.

"She blocked evidence -- she blocked evidence that would have freed an innocent man from death row until the courts forced her to do so. She kept people in prison beyond their sentences to use them as cheap labor for the state of California."

This exchange has often been mentioned by the liberal media when criticizing Harris, the consensus being that Gabbard was overall successful in challenging her. However, Gabbard’s so-called “ripping” included a lot of incorrect and incomplete information that needs to be addressed.

The claim about marijuana was extremely misleading. Gabbard cited figures from when Harris was Attorney General; but elected District Attorneys oversaw most marijuana cases in California. That aside, to indulge Gabbard’s main point, let’s look at Harris’s history as District Attorney for San Francisco. A critical investigation reveals that Harris was actually a progressive prosecutor when it came to marijuana, contrary to what critics suggest. Even though the laws in California at the time allowed for marijuana possession to be charged, Harris’s office never pursued prosecution of any such cases. And under Harris’s watch, marijuana sales cases were often charged as misdemeanors when they could have been charged as felonies. The American Bar Association’s Standards for the Prosecution Function list “sound discretion and independent judgement” as being extremely important qualities for ethical prosecution. Harris exemplified those qualities.

It is also important to note that Harris was laughing about smoking marijuana in a completely different context from the one Gabbard implied. When Harris said what Gabbard was referencing, she was a guest on a talk show, discussing topics completely unrelated to her career as a prosecutor. Gabbard’s depiction of Harris as a sinister hypocritical prosecutor couldn’t be farther from the truth. Unfortunately, many on the left have taken this depiction to heart.

Gabbard’s subsequent two claims were completely out of context, as PolitiFact notes in its fact check of the debate. Most of the case where evidence may have exonerated someone unfolded before Harris was Attorney General, and Gabbard’s claim that inmates were incarcerated longer than their sentences is not backed up by data.

Gabbard’s baseless rant is indicative of the Left’s major criticism of Harris. Harris’s claims that she was a “progressive prosecutor” were challenged by major Left-leaning Democrats, including other primary opponents. However, the word “progressive” is relative, meaning “of, relating to, or characterized by progress,” according to Webster’s Dictionary. Although some may take what Harris did for granted in 2020, the irony is that people take it for granted because prosecutors like her shifted the very standards we judge her by.

In the American adversarial legal system, prosecutors and defense attorneys are inevitably often at odds, so when a defense attorney, particularly a public defender, has anything positive to say about a prosecutor, it should be taken seriously. Niki Solis was a manager for the San Francisco public defender’s office when Harris was the DA. In a recent Op-Ed, Solis remarked that “Harris was the most progressive prosecutor in the state [of California].”

Harris’s prosecutorial record is not valid grounds for condemnation from the Left. If anything, individuals on the Left should understand that Harris was working from within to strive to align the legal system with the progressive Democratic agenda.

From the Right -- “Too Radical”

President Donald Trump has used the phrase “Radical Left” four times in one day alone on Twitter, so it should come as no surprise that shortly after Harris was selected to be Biden’s running mate, he characterized her as having “Radical Left failures.” Harris is by no means radical. As Doyle McManus, columnist for the Los Angeles Times, points out, the Left flank of the Democratic Party has established itself by supporting “Left-leaning priorities.” Medicare for all. A Green New Deal. Abolishing ICE. “You won’t hear those fiery phrases from Biden or Harris when they give their acceptance speeches,” McManus wrote before the Democratic National Convention.

It is true that Harris has supported these “Left-leaning priorities” as a senator. However, it is clear that in the campaign, she has made the primary focus defeating Donald Trump. She understands that the majority of her party is voting for her ticket because Biden “is not Trump,” which was established in a recent Reuters Poll.

Harris holds certain beliefs, and those beliefs may be considered to be “radical” by most Republicans, but if she does not plan to act on them as Vice President, why should Trump’s label of “radical” be legitimized? If a candidate is running on a different set of beliefs than ones they have run on in the past (in a different context), that should be understood. It’s not hypocritical; it’s simply adapting to the different context. It could not be more clear that in 2020, Harris, along with Biden, is perpetuating messages of restoration, not of radical change.

Additionally, Trump and other prominent Republicans’ criticisms of Harris are not consistent. When Harris was selected as Biden’s running mate, the Republicans had an opportunity to streamline their attack strategy: were they going to paint her as a radical, or as a bland centrist? Each of the options would have targeted a different type of voter; the first one would ideally frighten more moderate Republicans and those who were planning not to vote into voting for Trump, while the purpose of the latter would be to dissuade the Left flank of the Democratic Party from voting at all. The Republicans could have picked either strategy. What they shouldn’t have done was advance both, as they are of course contradictory. Yet that’s exactly what they did. While Sean Hannity was calling Harris “the most radical running mate ever,” the Republican National Committee claimed that liberals were “revolting” against the Biden-Harris ticket. This Republican attack strategy against Harris is not at all credible.

One side criticizes Kamala Harris for not being progressive enough, citing distorted aspects of her prosecutorial record. The other side calls her “radical,” even though that word does not align with her campaign strategy or with the Republicans’ own perception of her. So which is it? Is Harris too far Left, or not far Left enough? She is neither. She fits perfectly with the Biden campaign’s message, and the criticism coming at her from both sides is simply an unfortunate product of the two-party system. Let’s take a step back and give her some credit. Maybe someone who is considered an enemy by two opposite sides is, in reality, fighting for the common good.