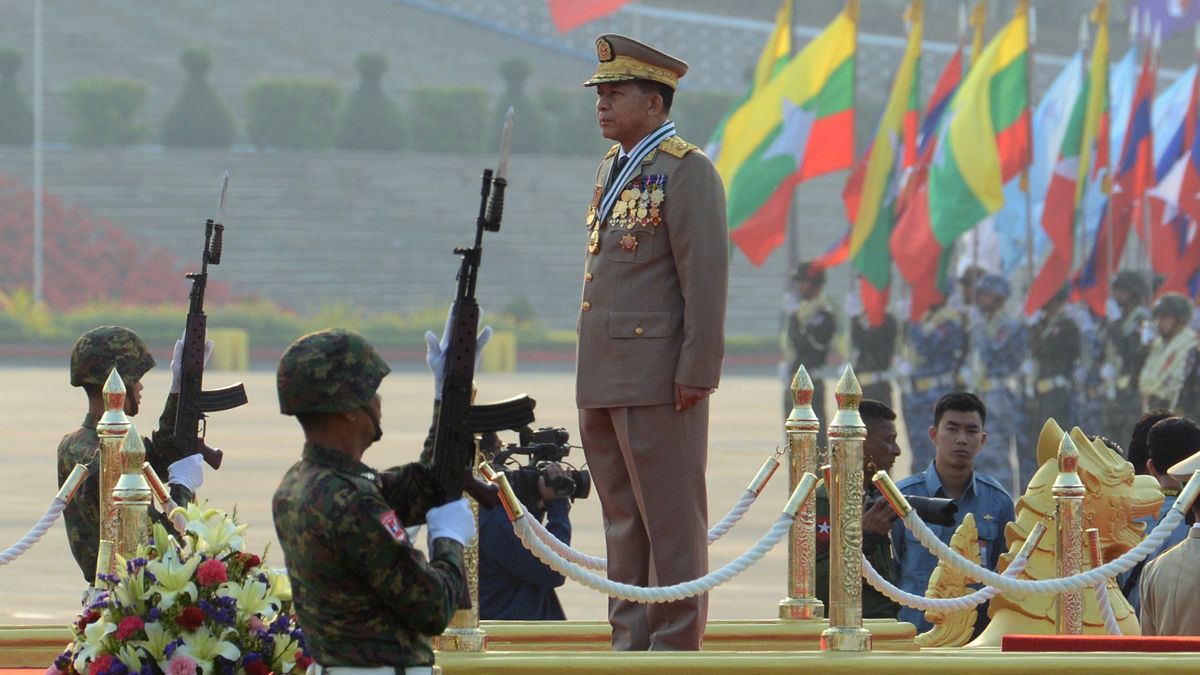 Myanmar Government and the Military Coup

Political turmoil. Military coup. Failing democracy. These are all phrases people around the world have used to describe the situation in Myanmar within recent weeks, yet the conditions of Myanmar’s second decline into authoritarianism is deeper than it appears.

The year 1886, Burma, the territory presently known as Myanmar, was established as a province of the then British-controlled India (1886). Burmese people grew resentful of the British government, as well as the Indian and Chinese workers incentivized to take up positions in the Burma job market. The overwhelming majority of Burma wished for independence from British colonial rule, but multiple attempts of succession were met with a harsh military response. These military attacks were not pressuring enough to halt University students, Buddhist monks, and the average tax-paying citizen from protesting against oppressive colonial rule. After over half a century of civilian struggle and rebellion, the Union of Burma gained independence from British rule, initiating its first stages of sovereignty.

In 1948, when Burma gained its independence, its government quickly propelled political motors towards authoritarian design. After the apparent necessity to declare marital law almost immediately following independence, for the sake of protecting the Union from the multitude of non-state actors, Burma began its decline into authoritarianism (1948). After over a decade of warfare waged by the government against non-state rebels, the military leader Ne Win consolidated power after the forced departure of his predecessor and forcibly remained prominent through a military coup, even after the results of a democratic election legitimately changed the control of power. Through another two decades worth of politically fueled conflict, until 1989, Burma finally was established as the Union of Myanmar. However, Myanmar’s authoritarian struggles did not seem to find an end until the inception of a truly democratically elected leadership in 2015.

Aung San Suu Kyi, elected in 2015 as the leader of the National League for Democracy, sought to form a more representative and free republic (Aung San Suu Kyi). After her previous 15 years of house arrest, Aung San Suu Kyi entered political life the same way she always had, with fresh ideas and a democratic heart. Despite the omnipresent military control in Myanmar and numerous attempts to invalidate Kyi, her position as the figurehead of Myanmar politics was crucial to its last 5 years of progress.

However, within recent weeks, a military coup has threatened the very framework of democracy that has been slowly consolidated over recent years and reverted much of the NLDs progress. So the true question is, who is to blame for Myanmar’s failed attempt at democratizing this time, and what can the international community do to help?

Even though the National League for Democracy has held a significant amount of power in the state’s parliament, the military, according to a Freedom House Report, remains significant in bureaucratic affairs. The military holds power over a variety of important governmental organizations such as the Department of Defense and the National Defence and Security Council (Freedom). The power the military yields in these important bodies is also translated to the executive branch, in which a military-appointed leader will always be either president or vice president of the State. Even before a military coup occurred early in February, the military-political groups consistently jeopardized the fragile democratic foundations of Myanmar. Now add in the hostile Military usurpation of National law and the effects of military influence on the apparent democratization failure are obvious.

The situation in Myanmar however is not black and white. The military is not the sole enemy of democracy or the provision of civil rights and liberties. Despite Aung San Suu Kyi’s record of leading pro-democracy movements in Myanmar, her position on particular political issues served as a grave problem for international support for the NLD. Despite being a Nobel Peace Prize Laureate and following a path of democratic values, Kyi had through her time in the political spotlight refused to condemn state-sponsored atrocities against ethnic and religious minorities. Most prominently, the Rohingya Muslim minority has faced continued persecution under Buddhist governmentally led control. Even as a force of Democracy, the NLD is flooded with ethnic biases. Consistently, journalists, human rights observers, and humanitarian aid have been prevented access and imprisoned for interacting and aiding the Rohingya people (Rohingya). Kyi herself has refused to condemn the violence against Rohingyans as she states the government must find “what the real problems are” (Suu Kyi). This apparent lack of consideration for human rights in a multi-ethnic sense captures the severity of corruption even among the most democratically elected of leaders.

But, in a world of increasing global connectedness, can the military and the National League for Democracy truly be the only parties to blame? The international community also must take responsibility for its passive action against human rights violations and democratic abandonment. Even though the International Court of Justice, a subsidiary body of the United Nations, issued a provisional mandate on the protection of Rohingya people, the action taken by the international community, in this case, was far too slow. In fact, “the final court judgment for the case is expected to take years” (Court Orders). Even with mounting action of sanctions by crucial international actors like the US, and humanitarian efforts totaling almost a billion dollars, the international community must place pressure on Myanmar and should have placed stronger pressures to minimize military control over the last decade (UN Appeals).

The situation in Myanmar only continues to complicate by the day. As the military continues to expand its control over communication and freedom, the people of the state are at the liberty of an international community that failed to act properly and a government that never chose to act. UN Security Council members must push to immediately mitigate the effects of the military on the minorities of Myanmar and end their stay of appeasement against China and Russia for fear of political and economic loss. The failure of China to condemn the military Coup in Myanmar and even vetoing an international statement of condemnation shows the interest of the Chinese government is not in preserving humanitarian rights (Myanmar Coup). Other Security Council Members must push for multilateral, proactive action in Myanmar, not simply sanctions that often hurt the already underprivileged and a failed attempt at condemning the heinous acts. The international community must recognize the power it has in influencing the actions of others, including recognizing the recent removal of Myanmar’s UN representative, as it was a unilateral decision conceived to cease political dissent (Ambassador Fired). Southeast Asian stability is crucial to Global security. The international community must prioritize the provision of humanitarian and political justice for all, regardless of circumstance.

The times of prioritizing the Middle East, even as a prominent region of conflict, must come to an end. The international interest in the area for the exploitation of valuable resources has long been a problem in regards to prioritizing humanitarian interests in places such as South East Asia, Sub-Saharan Africa, and Latin America. It is time for the international community to value the provision of human rights and human life, over potential financial incentives. Myanmar, as well as other lesser-known states of conflict, will continue to fall victim to instability unless the international community can prioritize a multi-region approach to humanitarian and political guidance. The Rohingya people, as well as other ethnic minorities in Myanmar, must be addressed in the most urgent respect by international actors, and important countries are obligated to hold Myanmar accountable for its committed atrocities and lack of governmental transparency. The world owes those oppressed in Myanmar, or anywhere else for that matter, a transcendence of violence. All people are entitled to the basic components of comfort and it should be the international community’s most obvious goal to ensure its provision to all global citizens.