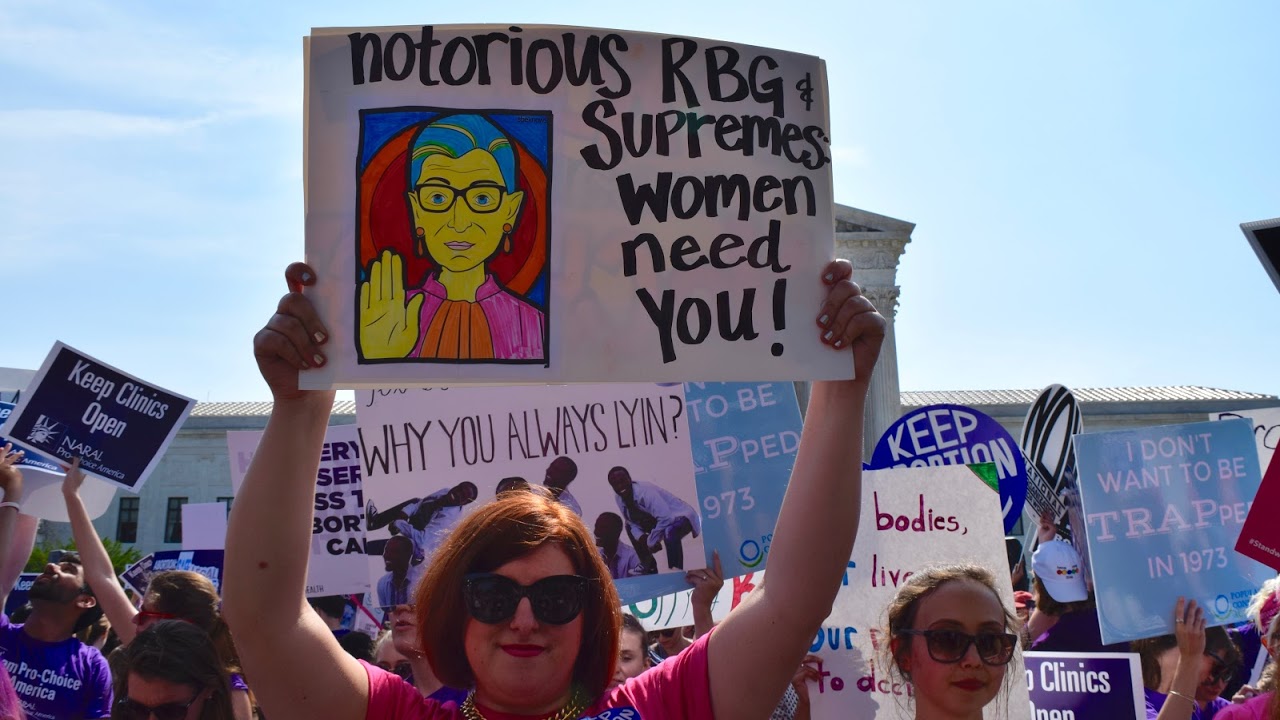 Some people are pro-life because of their religion. Some believe that life begins at conception, and others think abortion is murder. People are entitled to feel whatever they feel about abortion, but why do they feel the need to ban it for everyone? Just because you feel a certain way about something doesn’t mean you should get to control others based on what you want, right? A lot of unplanned pregnancies happened due to a lack of sex education or a lack of birth control. Some happen due to carelessness, and unfortunately, some happen due to rape. No matter what the situation is, no woman should ever be forced to have a baby. It is a hard, painful, and expensive process. It will change your life forever.

Pregnancy is a long and extremely painful process. There’s nausea, swelling, pains, and so much more. Giving birth is one of the most painful things a human can go through. If someone doesn’t want to have a child, then why should they have to go through that? Also, you will most likely have to be out of work/school for a few months during and/or after your pregnancy. So all of that just to give the baby away to add on to the overcrowded foster care system. As of 2017, there were almost 700,000 kids in foster care, and 23,000 kids age out of the system each year (Francis). Many have nowhere to go when they age out so they become homeless and some end up in jail, 1 of 4 inmates is a product of foster care (Francis). It’s clear that the foster care system contributes to crime and homelessness, so imagine how much all of that would rise if abortion were illegal.

In places where abortion is illegal or where there isn’t good access to healthcare or birth control, lots of women turn to unsafe abortion. Around 68,000 women die each year from unsafe abortion, making it one of the most common causes of maternal mortality (Haddad). In addition, 5 million women are hospitalized each year due to abortion-related complications (Haddad). So by banning abortion in the United States, women will die. No matter how you feel about abortions, there will always be ways for women to get them even if it is banned. Wouldn’t you rather have abortions be done safely then causing women to risk their lives simply because they don’t want to have a baby? Doctors are supposed to provide the best care possible for their patients, so criminalizing abortion would prevent doctors from providing the best care possible to their patients. Doctors may not understand the bounds of the law, resulting in applying the restrictions narrower than the actual law (Wells). In addition to that, criminalizing abortion deters women from seeking care for complications that are due to unsafe abortion (Wells). Imagine feeling unsafe to seek healthcare simply because of a law that was meant to “save lives” when really it would just be taking more away.

Abortion is a human right. Taking that right away from someone is a major violation of their health and life. A fetus is not a human nor is it considered one until it is born. Yes, there is life in a fetus, but there wouldn’t be if it wasn’t inside a woman’s body. It’s a sad thing to have to get an abortion, but sometimes it’s what’s best for the woman. “Human rights law clearly spells out that decisions about your body are yours alone” (Wells) so no law should ever dictate what you can and can not do with your body. Being forced to carry out an unwanted pregnancy or being forced to seek an unsafe abortion is inhumane. If abortion is against someone’s religion or morals then they don’t have to get one, but nobody should be able to take away human rights from others.

Taking the right of abortion away from women would cause great suffering. Women would lose their right to choose. Homelessness and crime would rise due to a mass overcrowding in the foster care system. Women would risk their lives by seeking an unsafe abortion, and many women would die from complications of unsafe abortions. Doctors would be hesitant to perform an abortion if laws become stricter surrounding it, even though it is a basic healthcare procedure. Human rights would be violated in so many ways.