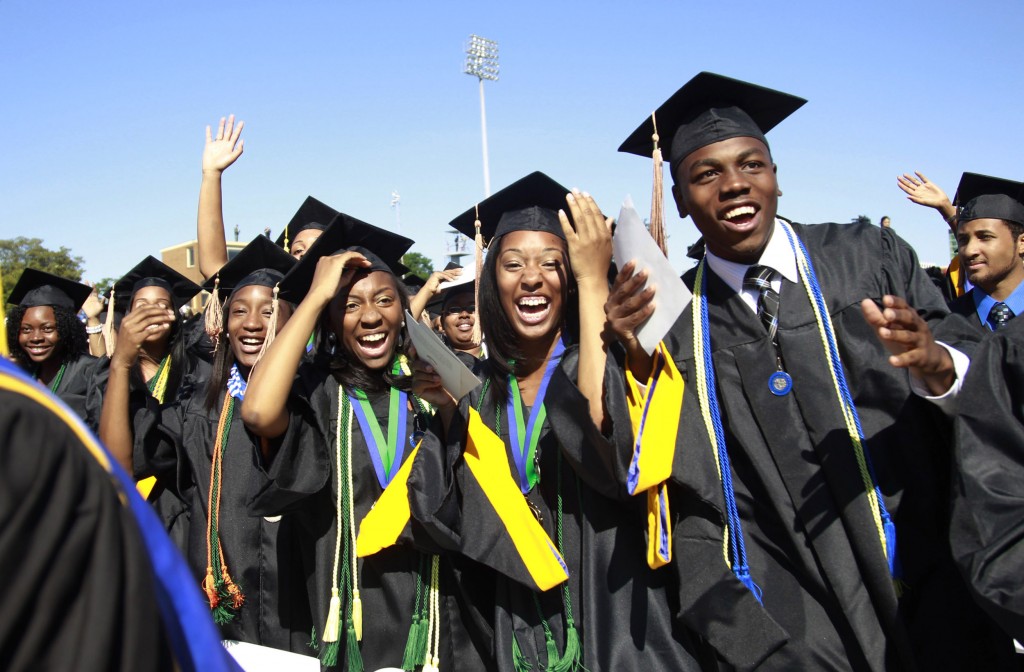 Solving the Problem at its root: Fixing the education Inequality

“Education is the passport to the future, for tomorrow belongs to those who prepare for it”-Malcolm X.  Education is often the key that opens the doors to success, especially when going into higher education, the benefits are often overwhelming.  Those who have a college degree have greatly improved chances of getting a high-earning job which leads to a happier and healthier life (Virginia Commonwealth University).  However, minorities, such as the African American community, are often at a disadvantage in the education system.  The unequal education that African Americans received greatly hindered their ability to earn a college degree, therefore led to them not able to find a high-paying job.  In order to combat this issue, we need to provide more resources to mostly African American schools to open up different classes or college-prep programs and by hiring more African American teachers.

The path to equal education had been a tough road.  In 1896, the Supreme Court ruled that racially segregated public facilities were legal in the case called Plessy v. Ferguson.  This ruling was the start of a long history of sanctioned laws which prohibited African American from using the same public facilities, such as schools and buses, as white people (Britannica).  It was not until the ruling of the Supreme Court in 1954 in Brown v. Board of Education of Topeka which stated that racial segregation in schools violated the 14th amendment did things changed for African Americans.  It was finally legal for African American children to set foot and learn in an all-white school.  Even though segregation of schools is no more, the disparities between African American students and white students in the current education system are alarming.

Compared to white students, African American students usually do not have the resources to be prepared for college.  According to a study conducted by Ary Spatig-Amerikaner, who had worked in the Obama administration as a deputy assistant secretary in the U.S. Department of Education, showed that schools with 90% or more student of color spend around 733 dollars less than schools with 90% or more white students (Spatig-Amerikaner).  Less funding means less college prep resources, such as STEM classes.  One fourth of high schools with the mostly black and Latino students do not offer Algebra II (U.S. Department of Education for Civil Rights).  By defunding schools, it is quite logical that schools could not open up more classes for students.  This takes away the learning opportunities students could originally have.  Not only that, it also worsens the educational disparity between white and black students.  As white students excel more and faster due to having much more funding in schools, black students fall behind more and more.  They could not compete with white students in college admissions since they were not college ready at all during high school.

Since having a higher education degree often correlates with getting a high-paying job (Virginia Commonwealth University), if we do not help to fix the education disparity between African Americans and white students, we are worsening the income gap between these two groups.  The best way our nation can respond to racial inequality in our education system is through increased funding and resources for schools with a majority African American students.  This can be broken up into two main initiatives we can do.  First, we should open more AP courses and make more college preparatory resources available for African American students.  By giving more resources to African American students, we are giving them more opportunities to explore their hobbies and potential.  Not only that, we also help them to be more prepared for college applications so that they will be more likely to be accepted by colleges and earn a degree.  Secondly, it is also extremely necessary to hire more African American teachers in schools nationwide.  This is also an initiative that was recently launched by the Center for Black Educator Development.  Their goal is to hire around 9100 Black teachers over the next 12 years in ten communities across the nation.  Having more black teachers can close education achievement, decrease drop-out rate and increase college enrollment of African American students by more than 30% (Knudson).  By providing a positive teacher student relationship with African American children, they are less likely to be impacted by harmful biased teachers and more likely to stay in school and grow academically and emotionally.

Is there still a chance to save our unfair education system that directly harms the African American community?  Yes, there is.  However, something must be done right now at this moment.  With each day we wait, more African American children are suffering under this atrocious education system.  There is not a second to wait— the ttime to act is now.

Will, Madeline. “65 Years After 'Brown v. Board,' Where Are All the Black Educators?” Education Week, Education Week, 2 Feb. 2021, www.edweek.org/policy-politics/65-years-after-brown-v-board-where-are-all-the-black-educators/2019/05.