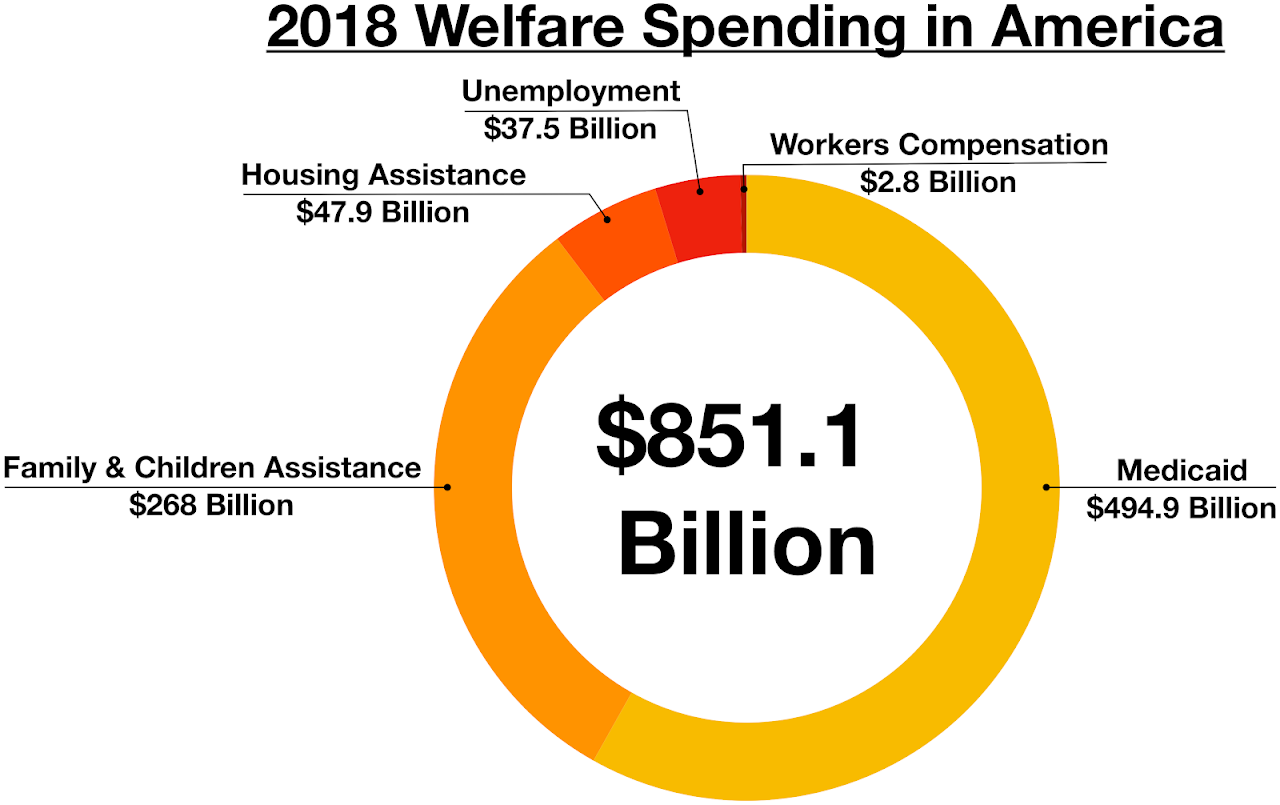 While social welfare initially had good intentions and helped get the United States out of the Great Depression, in times of normalcy it is not the government's job to provide welfare for those who don’t provide for themselves.

The purpose of any government is to create a better society for its citizens. America specifically was founded upon the principles of life, liberty, and pursuit of happiness, and it’s the government's duty to protect these rights. Individualism and democracy are core values that have remained since America was founded to limit the power of government. Although everyone may not start on an equal playing field, everyone has the opportunity to make a life for themselves. The pursuit of happiness does not mean the government handing you money, it means protecting your freedom. Nowhere in the Constitution does it say that the government must provide food, housing, or financial aid to its citizens, in fact national social welfare as it exists today didn’t even come around until about 1935.

For one, welfare systems are easy to abuse, and often are abused. There are many examples of people who took advantage of welfare. Linda Taylor was known as the welfare queen as she took advantage of many welfare benefits and racked up over $150,000 a year using 80 different names and 30 fake addresses as well as getting social security benefits for 4 dead husbands who she made up. Wael Ghoshesh illégale got around $1 million in government welfare. Dorothy Woods took around $400,000 in public aid she wasn’t entitled to. While not all welfare abuse is this extreme, it still happens. In fact the US Department of Labor believes about 2% of all welfare payments each month are attributed to fraudulent applications.

Social welfare can also encourage poorer wages from companies because welfare can cover benefits supplement workers' income. Since welfare has expanded, low-wage jobs with no health care or other benefits have also increased. Around 7.2 million new jobs have opened since the recession of 2009 and over half of them have been low wage where the workers also rely on federal benefits. An example of this is the expansion of Walmart, as taxpayers give an indirect subsidy by paying for healthcare costs of employees who don’t receive benefits from Walmart.

This helps keep the cycle of poverty going because welfare fails to address poverty at its root causes. Social programs are designed to prevent starvation and as means to get someone back on their feet, not prevent these things in the first place. However even this it does poorly, as the government does a poor job of weaning recipients off of welfare and into self sustainability. Once a family or individual passes over the poverty line and is kicked off welfare, they’re bombarded with many new factors. If they get a higher paying job, their taxes increase and many of the benefits they were receiving are gone often which results in a 50-60 percent loss in the initial financial gain. This discourages people from finding work and if they do find work they’ll often fall right back into poverty because of it.

This can encourage people to stay on welfare because if government benefits provide enough to live somewhat comfortably there’s little incentive to work. In the United States 11 states offer higher amounts in welfare than pre-tax wages of certain rural teaching positions. In fact the average family in the United States receiving welfare benefits is in the top 20% of income earners in the world (as of 2019). Knowing this it might be better for some people to remain jobless and on welfare than to start working and this increases unemployment and hinders the economy. Even Barack Obama who supports social benefits has said welfare programs encourage dependency and reduce motivation.

There’s no doubt that welfare helps certain people. However it is not the government's responsibility, and the problem is that it costs a lot of money. Taxpayers pay around $1 trillion dollars each year for social welfare; which is more than the annual budget of about 175 countries in the world. There will always be people who don’t want to work, and the people who do shouldn’t have to pay to accommodate those who don’t. Lots of money spent on welfare is wasted, and lots is used inefficiently. The government should not pay for social welfare as it has too many drawbacks. Instead the billions of dollars should be spent elsewhere to keep incentive to work and address poverty at its roots.