The Misuse of Statistics in Politics: Abortion 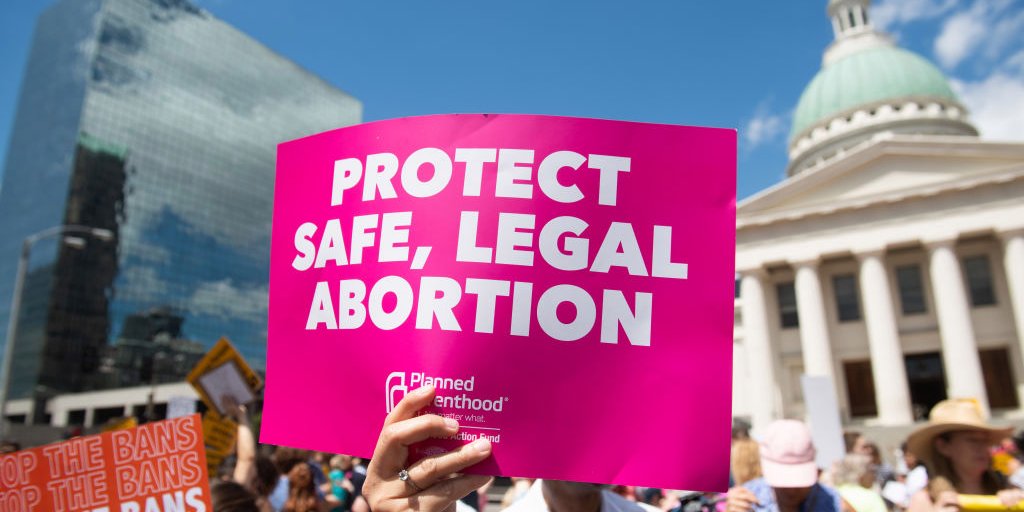 Statistics and politics go hand in hand. Almost all policy is based on statistics, and almost every argument for or against policy employs statistics. However, politicians and the American media almost always bank on the fact that the average American does not have much knowledge of statistics. Political arguments on both sides of the partisan line include misconstrued statistics, especially when it comes to controversial topics like abortion.

How statistics are misused

The most notable misuse of statistics is the misinterpretation of data and statistics. As an example, one of the most common arguments against abortion is that life begins at conception. To back this up, conservatives and pro-lifers cite a survey of 5,502 biologists which found that 95 percent of them agreed that life begins at conception (Jacobs 2018). This statistic is then often generalized to all scientists. However, this statistic is grossly misinterpreted.

When it comes to science and the argument for when life begins, there is a distinction between cell life and organism life. From the cell life perspective, yes, human life begins at conception, at least human cellular life. However, an organism is defined as "(1) a complex structure of interdependent and subordinate elements whose relations and properties are largely determined by their function in the whole and (2) an individual constituted to carry on the activities of life by means of organs separate in function but mutually dependent: a living being” (Merriam-Webster). In other words, an organism must be able to function and survive independently. Human beings are human organisms, and as such, a zygote, is not an organism; it is a human cell (Condic 2014).

Now that we have an example, let's go more in depth. The most common ways statistics are misused, besides misinterpretation, are the following: faulty polling, flawed correlations, misleading data visuals, selective bias and small sample size (Lebeid 2018). The example above is an example of selective bias; the biologists were recruited, not randomly selected.  Faulty polling is somewhat similar to bias. Faulty polling occurs when the way questions are phrased lends themselves towards a certain answer. For example, "Do you think poor people deserve to die?" instead of, "Do you support universal healthcare?" would be faulty polling. The former would cause most people, regardless of their thoughts on universal healthcare, to answer "no.”

Flawed correlations occur when, with enough data, two separate events are correlated. For example, pretend a politician cites a study that found a correlation between an increase in fraudulent vote-by-mail ballots in the 2020 election (event A) and an increase in bear attacks in the United States in 2020 (event B).  Obviously this is a gross exaggeration for the purpose of an easy-to-understand example, but there is no way these two events could actually be correlated. However, if you pull enough data and measure enough variables, you will eventually be able to make it appear as if some of them correlate, and one of them inevitably will be able to be deemed statistically significant, even though there is no relationship whatsoever between the two events. While the previous example was an exaggeration, this tactic is often used by politicians. Going back to abortion, an example of a flawed correlation may be that an increase in abortions in a given year (event A) correlates with an increase in women's infertility in the same year (event B). There is no scientific connection between abortion and infertility (Mayo Clinic). However, it would be easy for a politician to find some data that by chance could be used to show a correlation between the two events and use that as evidence that abortion is harmful to women's health. Now, what about causation? For example, abortions and pre-mature birth; a politician could use data to say that abortion causes future pregnancies to end in premature births. While there is data that shows a possible correlation between the two, there is no way to prove a causal relationship.

Another way statistics can be used to mislead the public is through misleading visuals. In 2015, Cecile Richards, the president of Planned Parenthood, testified in front of Congress. Republican Congressman Jason Chaffetz used the graph below to show the apparent decrease in breast cancer screenings and the apparent increase in abortion procedures performed by Planned Parenthood.

However, this graph is quite misleading. There is no Y-axis scale, which makes it difficult to understand the relative increase in abortions compared to the decrease in screenings. Here is an accurate graph that is scaled correctly.

Lastly, the size of the sample used for a statistic can make the results unusable. If you survey 20 people on their thoughts about abortion and 15 (75 percent) say they are pro-choice, that statistic cannot be used to say that 75 percent of the U.S population is pro-choice. However, if 30,000,000 people (about 1 percent of the U.S. population) were surveyed, those results would be usable.

When politicians misuse data and statistics for their own benefit, they mislead the American public and discredit legitimate data and science. Let's go beyond abortion, and look at a current, and frankly, more pressing issue: masks and COVID-19 (coronavirus). In July, Trump refused to wear a mask and did not support a mask mandate because "masks cause problems too" (NBC). Despite science and medical experts saying that masks do, in fact, help prevent the spread of coronavirus, Trump claims otherwise (Johns Hopkins, The World Health Organization). When politicians make a claim that contradicts data, even when they do not present any of their own data to back it up, people listen to them and follow their directive because politicians are seen as authority. This causes people to not trust actual science and data. Another example can be seen with Trump's claim that "cases are increasing because testing is increasing" (remember flawed correlations and causation?). While it is true that both cases and testing are increasing, testing does not cause more cases. Rather, because we are doing more testing, we are able to catch more cases and better understand the true scope of the virus' spread. However, by claiming this, Trump is able to get his supporters to support decreased testing, which will not actually have any effect on the spread of the virus. Instead, it will only decrease our knowledge of the spread of the virus.  As said before, this misuse of data by politicians causes the American people to mistrust actual data and scientists, which only harms the American public further.