The Failure of Covid Stimulus Checks 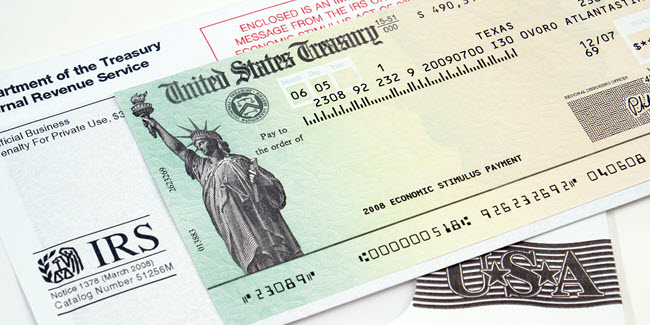 On March 11, 2020, the World Health Organization declared that COVID-19 had been characterized as a pandemic ("WHO"). The virus had spread to at least 177 countries and had wreaked economic havoc. As people stayed inside their homes, global stocks fell, companies went bankrupt, and jobs were lost. Due to a high case count, the U.S. has experienced unprecedented amounts of economic turmoil. More specifically, the unemployment rate jumped to 14.7% in April 2020 ("Unemployment Rate"). In response, the government responded with economic relief packages — since last spring, the American public received three stimulus checks providing Americans with funds to be spent as disposable income . Now, President Joe Biden has proposed a fourth stimulus check. The continuing wave of stimulus checks gives rise to the question of whether stimulus checks are actually effective in spurring the economy, or if these are just a scheme to gain political support.

It is imperative to understand the impact that the pandemic has had on the economy to realize the necessity of federal government intervention. The pandemic caused a substantial decrease in consumer demand through a negative market mood, with consumer optimism and spending declining between March and May (Charm et al.; “Consumer Spending”). Additionally, consumer fear of COVID-19 has surged — 80% of consumers reportedly feel unsafe going outside for their day to day activities (Das et al.). Meanwhile, states that have mandated lockdowns  faced double the unemployment rates compared to those that have not (Das et al.; Devereaux). As a consequence of decreased market demand, businesses lost revenue and were forced to lay off workers, cut wages, and minimize working hours in order to save money. The initial decreases in demand established conditions for the multiplier effect, which is when a change in expenditure — consumer, government, investment, or export —  results in an even greater increase or decrease in the economy. In this case, the household income losses brought upon by the three aforementioned causes led to less market demand and, hence, drastically reduced household equity.

Therefore, while the original three drivers were resolved through the vaccination rollout and the lifting of lockdowns, the government used stimulus checks to address the impacts of the multiplier effect. The state’s justification for augmenting expenditure stems from interpreting the multiplier effect in its positive form in which it can also be an injection into the economy — government spending, for instance — that generates even more money. Essentially, the government argues that since their investment into the economy creates even more money, it is justified. To understand the effectiveness of the stimulus check in terms of the multiplier effect is important to understand how much money was created for each dollar the government spent. The formula “1/ (1 – MPC)” can be used to calculate that figure (Ganti). In this equation, “MPC” stands for marginal propensity to consume, which is how much money did the average household spend for each dollar that they received. In this case, the MPC was 29 cents according to a study by Chicago University (Doris). Plugging in that number into the given formula, the outcome is that for each dollar that the government invested into the economy via the stimulus check, $1.41 economic activity was produced. Therefore, at first glance, the stimulus checks would seem like responsible spending.

However, the formula for calculating the multiplier implies that the higher the marginal propensity to consume, the greater the multiplier on government expenditure. The formula thus points out a major flaw in the government’s solution: within ten days after receiving the stimulus checks, families with more than $3,000 in the bank had not used any of the money from the stimulus checks, while those with less than $500 spent half of it (Doris).

So what did the american population do with the stimulus checks? Savings. A budget model created by the Wharton School of the University of Pennsylvania estimates that only a mere 27% of stimulus checks are actually spent on consumption (“Where”). The problem is that a vast majority of those who need financial assistance are lower income constituents, essentially reflecting the inability of supposedly universal policies to address the demographics contributing to low market demand. The goal should have been to maximise the marginal propensity to consume; however, it is an indication of irresponsible spending when most of the money being invested is not being spent as intended. The use of money in stimulus checks has taken away potential investment into programs that potentially have a larger impact such as the underfunded Medicaid, SNAP, TANF, and EITC. Unfortunately, such programs lose their prospects for further financial support when the government instead chooses to borrow for ineffective and politically-fueled support programs.

Overall, COVID-19 has been a source of considerable economic distress. While the U.S government was successful in creating policies that addressed consumer fear of the pandemic and ensuing economic problems, exacerbated by the multiplier effect, the policies were not as effective as they could have been because the state failed to orient these policies towards those who needed them the most. In future crises, if the nation’s government aims to deal with reduced market demand, it must focus on creating policies that prioritize lower income families instead of channeling funds into programs with minimal economic gain.

Doris, Áine. “How Effective Were Stimulus Checks in the US?” Chicago Booth Review, 2020, review.chicagobooth.edu/public-policy/2020/article/how-effective-were-stimulus-checks-us.