The Power of Deterrence 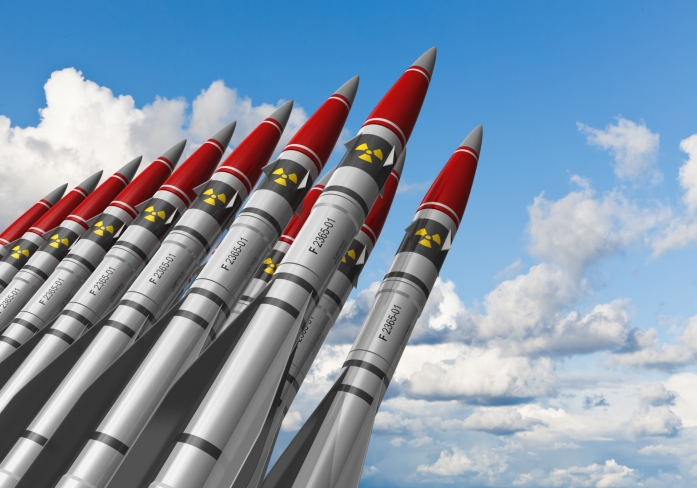 Nuclear weapons are dangerous and have the power to end humanity as we know it. This is the exact reason that no country will ever use them. The true power of nuclear weapons, and the reason that countries continue to invest in them, is their usage as deterrents to large scale wars. This postulate, known as mutually assured destruction (MAD), is a doctrine of military strategy whereby no two countries in possession of weapons of mass destruction will engage in war due to the risk of proliferation to the point of using said weapons, which would cause the total annihilation of both countries. In fact, possession of nuclear weapons has many positive effects for individual countries as well as the global community.

Imagine this scenario: As the head of a global superpower, you have the choice to go to war with a country amongst rising tensions, knowing full well that you run the risk of nuclear war, or persist with sanctions on their goods. Any rational leader would take the second option, as the risks associated with the first option are far too great to fathom. Based upon this logic, no nuclear country will ever launch a first strike upon another country, which means that the risks associated with nuclear weapons are wholly mitigated. In theory, MAD makes absolute sense and shows why nuclear weapons are an essential part of the steady peace between global superpowers that has persisted since World War II. However, there is also concrete empirical evidence that backs up this conclusion.

Currently, there are 9 global powers who claim to have arsenals of nuclear weapons. It is likely due to the possession of these weapons that a highly polarized world did not fall into a third world war. In fact, it is widely theorized that the reason that the Cold War did not escalate to direct war between the US and Russia was the use of nuclear deterrence. In an article for think tank Brookings, military researchers write, “During the Cold War, the primary focus of this deterrent was the Soviet Union. The Soviets built their own nuclear force targeting the United States, producing a situation of mutual deterrence, often referred to as ‘mutual assured destruction’ or MAD. Many argue that MAD worked and kept the United States and Soviet Union from an all-out war—despite the intense political, economic and ideological competition between the two—as the horrific prospect of nuclear conflict gave both strong incentives to avoid conflict”. Though proxy conflicts, such as those conducted in Cuba or Berlin, did bring the two countries close to all out war, the prospect of the end of humanity as we know it assured that the two countries never officially declared war on each other. Though it may seem strange to imagine, nuclear weapons may have saved millions of lives by preventing not only a war we know about, but many hundreds of conflicts that may have arisen had MAD not been in place. Apart from just their power as a deterrence, nuclear weapons also have positive effects upon countries and the global community.

Nuclear weapons also help level the playing field between small and big countries. Without nuclear weapons, big countries could easily attack small ones using conventional warfare. Michael Shellenberger of Forbes writes, “How does a weak nation-state like France level the playing field with a more powerful adversary like Germany? By obtaining a weapon capable of wiping out its major cities. Twice victimized and humiliated by its neighbor, France after World War II set off to build a nuclear bomb that, had it been available before 1940, would have deterred the German invasion”, also later writing, “No nation with a nuclear weapon has ever been invaded by another nation. The number of deaths in battle worldwide has declined 95 percent in the 70 years since the invention and spread of nuclear weapons; The number of Indian and Pakistani civilian and security forces’ deaths in two disputed territories declined 90 percent after Pakistan’s first nuclear weapons test in 1998.” Nuclear weapons act as an extraordinary defense mechanism for smaller and more susceptible countries to defend themselves against their larger and more powerful neighbors. For example, countries such as Pakistan use nuclear weapons to protect themselves from more powerful neighbors, such as India. If nuclear weapons were eliminated, nothing would stop India, who can easily beat Pakistan in a conventional war, from attacking Pakistan over their disputed territory (Kashmir). Were we to remove nuclear weapons from the equation, it is much more likely that conventional war would break out. If conventional war breaks out, it would result in the deaths of many civilians. The number of deaths from conflict has dropped dramatically since the introduction of nuclear weapons; without nuclear weapons, that number could rise again, and the number of deaths from war could increase exponentially.

The power held by the 9 countries who possess nuclear weapons also helps strengthen the global community. Smaller countries who themselves do not possess nuclear weapons often have to strategically partner up with larger countries as a means of defence. Countries like Israel and South Korea have benefited greatly from partnering with the US in this regard. Through this process, countries form strategic bonds, which can lead to further collaboration in future actions and benefit both countries. Nuclear weapons promote an increase in global partnerships, which is in turn better for the global community.

Nuclear weapons have no downsides. Due to the theory of mutually assured destruction, we know that they will never be used, so the risks associated with nuclear war are negated. Due to their power as nuclear deterrents, we have seen a 95% reduction in deaths from conventional warfare. The weapons allow for smaller countries to defend themselves from larger countries, and leads to a proliferation in global partnerships. The possession of nuclear weapons has been excellent for individual countries and the world as a whole, and removing them would be a monumental mistake.