What a Modern Israeli-Palestenian War Would Risk: A Stategic Plead for Restraint 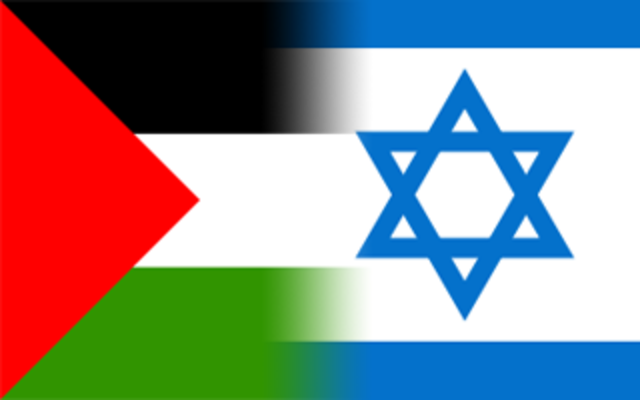 Recent outbreaks in the historical Israeli-Palestenian conflict have prompted much discussion on how to best end the conflict, the various human rights abuses committed by both sides, and propositions for a long-term solution. What is  not discussed, however, is the doomsday scenario of a full-strength war between the stateless  Palestinian territory and the centralized, western-backed Israel. What follows is an analysis of what such a scenario would look like, not in terms of the humanitarian impact, but in regards to the military and strategic implications of such a conflict.

The unresolved conflict between Israel and Palestine is severely imbalanced in numerous ways. Most commonly noted is Israel’s conventional superiority, air defense systems, and well-constructed military. A notable add-on, however, is that Israel remains the sole nuclear power of the Middle East. While Israel remains something of a “secret” nuclear power, having “developed nuclear weapons [ . . . ] which have not been produced under the Non-Proliferation Treaty (NPT),” it is widely accepted that Israel possesses the ability to deliver nuclear payloads to regional adversaries. Though the history and current statute of Israel’s nuclear forces are largely shrouded in ambiguity, reasonable estimates exist. The Arms Control Center reports “Israel is widely believed to possess 90 plutonium-based nuclear warheads and to have produced enough plutonium for 100-200 weapons.” Israel’s nuclear posture is unique from that of its peers in that rather than declare publicly its nuclear possession, Israel has kept its program unrecognized and promises that it “will not be the first nation to introduce nuclear weapons to the Middle East.”

That does not, however, mean that Israel has never contemplated nuclear use. During the Yom Kippur War in 1973, Israel readied its nuclear weapons and considered them as a last resort. Since then,  Israel has not been tested conventionally to the point of nuclear consideration. In a purely Israeli-Palestinian War, such a scenario is unlikely. Egypt was a far more formidable opponent during the Yom Kippur War then the Palestiniansare today. Moreover, Israel has grown in military power with the support of western nations and critical defense technology such as the Iron Dome. The only reason Israel would “go nuclear” would be in the case of certain conventional defeat. If entanglement is not present and such a conflict remained regional, then Israel would resort to its conventional superiority. Only in cases of powerful Iranian, Russian, and Chinese involvement, wavering U.S. support, and conventional failures, would Israel consider potential regional use of nuclear weapons.

No one can predict the full fallout of such an action. What is certain, however, is that a full-strength Israeli-Palestinian War risks doomsday scenarios.

Geopolitical Manifestations and the Role of Allyship

An Israeli-Palestinian war risks significant entanglement and expansion into the broader Middle East. The United States already pays for approximately one-fifth of Israel’s defense budget and repeatedly offers strategic support. The U.S., therefore, has significant influence over Israel, but the inverse is also true. With decreasing military commitments to Saudi Arabia, Israel is one of if not the only ally the U.S. has left in a region so critical for global oil production. U.S. support for Israel in recent decades has been unequivocal, and would likely implicate on-the-ground support given a full-strength war. While their support is not as robust as the U.S.’s for Israel, Russia has stood by Palestine in past calls for peace. However, Russia has taken a very hesitant approach to the current situation. Indeed, Putin addressed the conflict a full week after its inception, only asking his top officials to inquire into the matter given its potential resounding effects on Russian territory. Russia’s powerful position in Syria would be threatened if the conflict expanded, as it would likely be in a full-strength war to cause Lebanese Hezbollah forces and other pro-Iranian Shiite groups to open a second front against Israel. The guaranteed Israeli counter strike on Syrian territory may risk Russian assets, including both military and civilian personnel, and positioning within the country. While thus far Russia has only called for peace and ceasefires, a sudden explosion of the conflict would risk high-levels of entanglement as even today Russia diplomats say, “The Middle East is not on another continent, it is a region adjacent to us. Were this conflict to continue and spread uncontrollably, it would obviously pose a danger.”

It is also important to note the potential responses from U.S. adversaries and allies in the Middle East if such a conflict was waged. Iran, the U.S.’s chief adversary in the region, has universally supposrted Palestine, and most recently Iranian Supereme Leader Ayatollah Ali Khamenei “called on Muslim states to support Palestinians militarily and financially.” Iran does not presently recognize Israel as a legitimate state. Meanwhile, Saudi Arabia, a core U.S. ally in the Middle East and regional adversary to Iran, has found gradual peace with Israel and supports a policy of normalization of ties with Israel. Saudi-Iranian proxy conflicts, most notably occuring in Yemen, have perpetuated significant violence in the region, and an expansion of the current Israeli-Palestenian conflict has the potential to host another proxy war.

The conflict in Gaza is one that is not only made complicated by religious tensions and historic divides, but has the potential to be the battleground of a larger strategic struggle. When the West-East division collides in an area with existing conflict, no one benefits – look to Yemen, Myanmar, Cuba, etc. Both sides ought to put support behind the current ceasefire as the further deterioration of the threat environment risks regional expansion.