Why Does Fascism Rise? Looking at the Relevance of Fascism in America Today 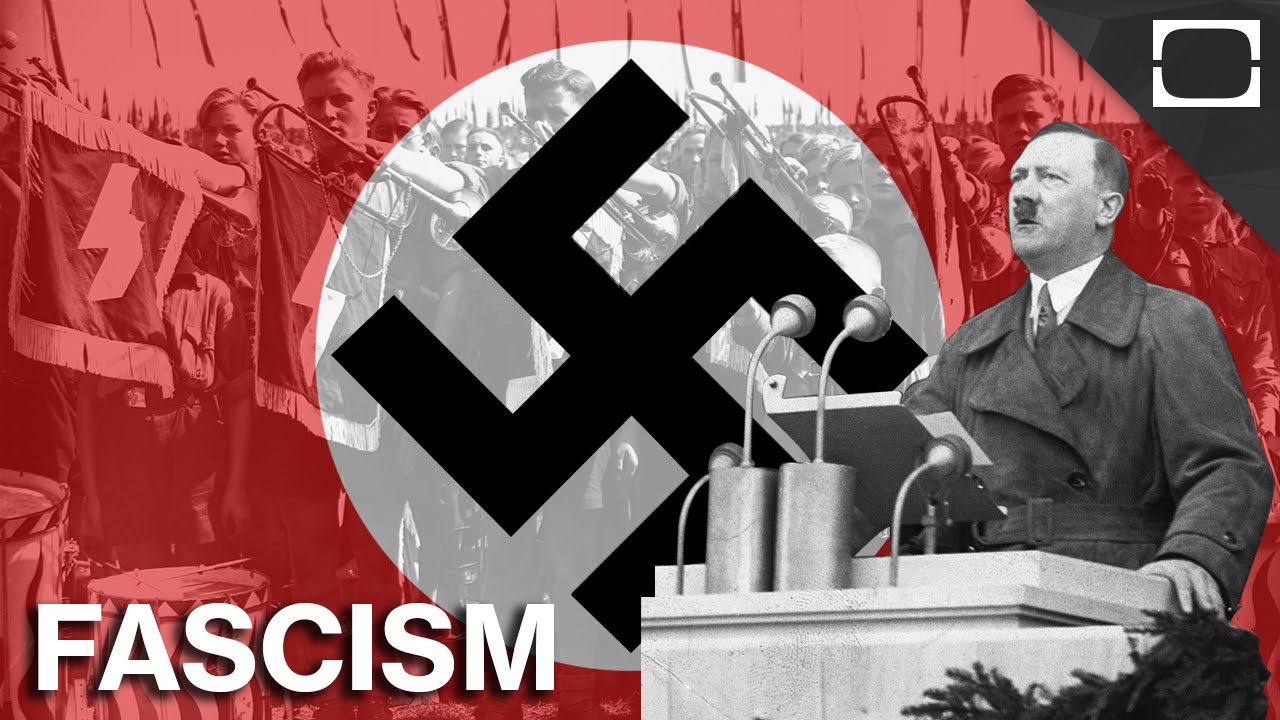 Fascism. Arguably the most feared political ideology, unfortunately, has lately become too relevant in the United States. The word fascism is certainly overused - with everyone across the political spectrum commonly calling disliked leaders of the opposition “fascists.” This has devalued the power of the word, which is problematic because fascism in its true form is incredibly dangerous. Fascist leaders have regularly engaged in genocide, war, and other abhorrent actions. Mussolini. Hitler. Pinochet. These names are etched in history and not in a good way.

Defining fascism accurately is important because the word is so thrown around. I define fascism as violent right-wing authoritarian ultranationalism. Fascist regimes oppose democracy and democratic elections. They violently reject liberalism or leftism. They tend to scapegoat perceived outsiders as a way to create a common enemy and to justify their consolidation of power. (If you are looking for a longer definition of fascism, I recommend Ur-Fascism by Umberto Eco.)

One last clarification I want to make: one cannot be left-wing and fascist. Fascism is inherently based on conservatism and being right-wing, which makes it impossible for left-leaning dictators like Joseph Stalin to be fascist. They can still be authoritarians, but they aren’t fascists. Fascism and communism are direct opposites on the political spectrum, and fascists are usually violently anti-communist.

But the point of this article is not to define fascism, but instead to understand why countries become fascist. In this article, I’ll be analyzing the two most famous fascists ever, Benito Mussolini and Adolf Hitler, and the circumstances that led to their rise to power. I will be looking at the political and social ecosystem that allowed these men to gain power. In my conclusion, I will explain how all this talk of fascism is relevant to the American political landscape today.

The Italian post-WWI economy was a disaster. By 1920, the value of the Italian Lira had dropped to 1/6th of what its value had been just seven years earlier in 1913. Unemployment was rampant as soldiers returned to Italy. Major arms and shipbuilding firms went bankrupt. Savings became worthless. Italy was a disaster. As British economist John Maynard Keynes described it, the situation in Italy was a “hopeless case.” During these years, mass political instability was commonplace. Distrust grew in the parliamentary system, as the liberal prime ministers continued to fail to stabilize the economy and the accompanying suffering of the people.

During these years, a socialist revolution seemed imminent. During the “Biennio Rosso” (two red years), riots were common, as socialists and Catholics organized strikes and protests. These strikes and protests were attacked by nationalists, including former socialist Benito Mussolini’s fasci de combattiento (fighting leagues). These nationalists became the voice for all of the people who were dissatisfied with the failures of democracy. These groups later became known as fascists.

These fighting leagues, who were characterized by their black shirts, were known for their strong nationalism, and violent anti-leftism. During the “Biennio Nero” (two black years, 1921-1922) the fascists practically eliminated the left-wing opposition. In October 1922, Mussolini organized the “March On Rome” in which 25,000 fascists converged on the Italian capital city. This march led to Mussolini being named Prime Minister of Italy, and the first ever named fascist to hold significant power. This power led to political enemies being killed (Matteoti Crisis), free speech and free press disappearing, and all-around authoritarian control. These fascists persecuted Jews, Communists, and anyone else who they viewed as threats to the ruling fascist party.

A similar story to Italy’s story happened in Germany. Following Germany’s loss in WWI, the Treaty of Versailles was signed. This treaty was disastrous. Woodrow Wilson, who had outlined some of the ideas of the treaty, had fallen ill during the conclusion of the war and was not able to be present at the negotiations. Without Wilson there to curb them, the other Allies went way too far in their punishment of the Germans. Germany was humiliated in the treaty, and its economy was largely destroyed. Mass resentment for the treaty was rampant in Germany, along with a strong dislike of the Weimar Republic, which was viewed as ineffective and weak. Even today, the Weimar Republic is synonymous with hyperinflation and economic destitution.

German resentment came to a head with the Beer Hall Putsch of Munich. Inspired by the march on Rome, a young Adolf Hitler and his closest confidants attempted a coup of the Weimar Republic. This coup failed, and Hitler was sentenced to 5 years in jail, but the Putsch elevated Hitler to national status in Germany. He and German general Erich Ludendorff became major spreaders of the “stab-in-the-back myth,” which was rooted in anti-Sememtism, and stated that Germany did not lose the war, but was stabbed in the back by inner forces, which include Jews, Marxists, and “Cultural Bolsheviks.” These ideas fueled the Beer Hall Putsch and continued to spread throughout Germany. These ideas came to a head when Hitler was democratically elected in 1933, and the rest is history.

Now one may ask, “why is all of this talk of fascism relevant now?” The answer to this question is that there are parallels between the environments that allowed fascism to spread in Italy and Germany and the current American political environment.

Let’s look at those similarities.

The first obvious similarity is that the American economy has not been exceptional for the average American citizen. Even before the pandemic, opportunity was becoming further and further out of reach for most Americans. As a February 2020 Pew Research Center study explained, the wealth gap between America’s richest and poorer families more than doubled from 1989 to 2016, and the U.S. has the highest level of income inequality across all of the G7 nations. On top of that, Covid-19 has badly hobbled the American economy and led many more people to fall into poverty.

While this has happened, billionaires in America continue to get wealthier. As the wealth divide gets worse, the average American citizen is more likely to sympathize with a radical movement, as they view that the current system does not work for them.

The second similarity between these pre-fascist regimes and the current U.S. is the rising distrust of government. This can be perfectly exemplified by the election of Donald Trump in 2016. He ran on the platform that he was an outsider, which worked. According to a Pew Research Center poll in 2019, 75% of Americans believe that the trust that other Americans hold in the government is shrinking. To put it straight, Americans have stopped believing in neoliberal government. This is a perfect breeding ground for another “outsider” like Donald Trump, to run for the presidency and get elected. The U.S. could become the perfect storm for a fascist to rise to power.

To be fair, there are also some differences between the U.S. in 2021 and Italy and Germany in the 1920s-1940s. The obvious difference is that the U.S. is not being punished for losing a war. The economic issues the U.S. faces have been brought forth and exacerbated by American monetary policy (like “trickle-down economics” and tax policy that favors corporate and wealthy interests).

Now the question is, “what can Joe Biden and his administration do to make the chances of a fascist rising in the US decrease?” I will take a deep dive into this important issue in my next article. But in short, there are steps that the Biden Administration can take to pull the U.S. back from the brink. The first key step is to drastically improve people’s trust in the government. If the American people truly believe that the government works for them, they are much less likely to be radicalized to an extreme like fascism. The other big key is to help improve the economy so that it can work for everyone, not just the ultra-wealthy. Americans are much less likely to adopt an extreme ideology if the economy works for them. If the boat isn’t sinking, most people don’t want to rock it (or blow it up).

America is in a precarious position. There are rising extremist movements across the country, but also a great number of moderates that have no interest in political extremism. The Biden Administration has the potential to quell this rising extremism. But it must govern incredibly well to do so. What it means to govern well is a question for another day (and another article). Suffice it to say, the Biden Administration cannot fail. The country is depending on it.